[Trips] Nice find on a flea market at Neufchâteau, Belgium

When i'm in Aachen, Germany I often go to flea markets in "the neighbourhood" (60 min. drive at max.) with my partner. He's an avid radio nut and i'm a kind of old tools and cool stuff nut. This year we went to Neufchâteau in Belgium. A flea market where we have been a few years ago but lost our mental note of where it actually was and what it was named. So we have found it back, stolling up and down the streets where I suddenly feel my Honda senses tingle.

A Honda? Here in this region of Belgium? Could it be? In front of a large gate stood three Honda Amigo's. A green, red and blue one. Owned by a very friendly man named Jean Paul. 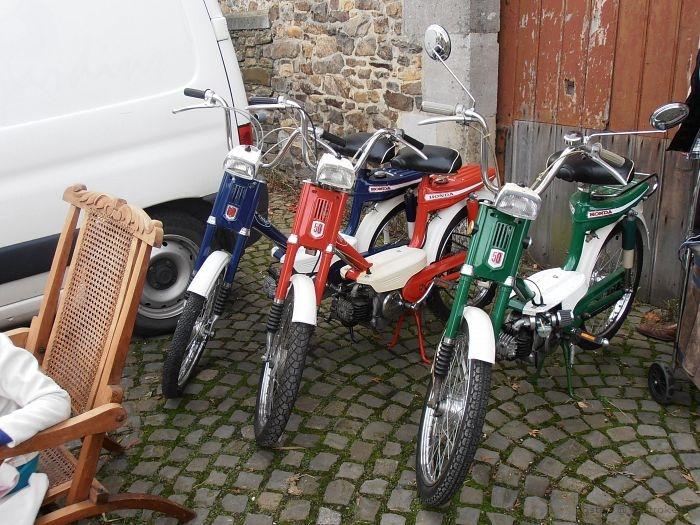 Jean Paul has restored these three Honda's and they were looking quite pretty! I noticed that the green Amigo had a carburettor that did not look exactly original and it turned out later that this baby goes around 80km/h with a 16mm Keihin-style carburetor. At closer inspection, it turned out that the speedometer was also different than usual. Can you see it? ;) 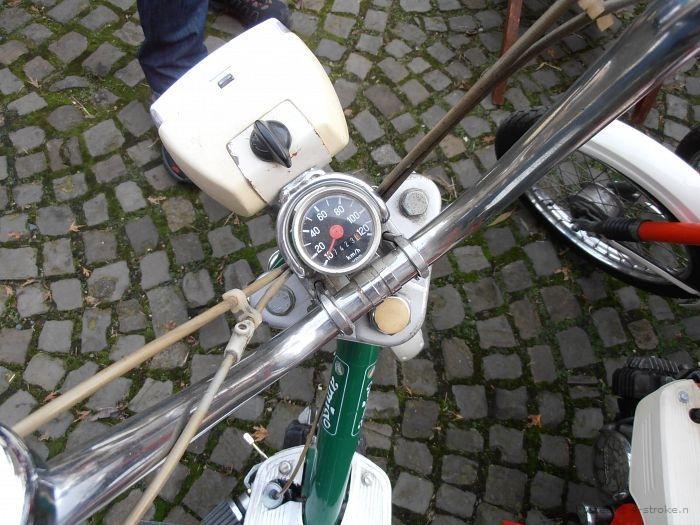 The red and the blue one were for sale. And still are actually. Drop me a line if you want me to put me in contact him. The red one is currently for sale for €700 and the blue one for €800.

So after a while Jean Paul also mentioned that he has some more Honda's and I was quite eager to see them. At his house he had even more nicely restored Amigos and a few other Honda's like Novio, Cubs and a C100. I have not seen this many Honda's in one place ever in this region of Belgium! Here I was, thinking that Honda was not very popular here. I was wrong and i'm sure Jean Paul and I will meet again soon!

A little up the hill stood a Honda Dax, or what I guess is an immitation Dax. A Fax. ;) Had to make a picture of it anyway and maybe the owner sees his Honda back on this website! 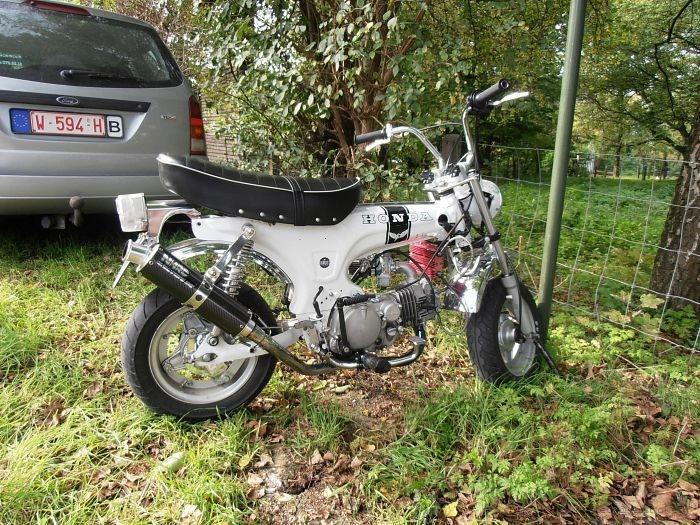 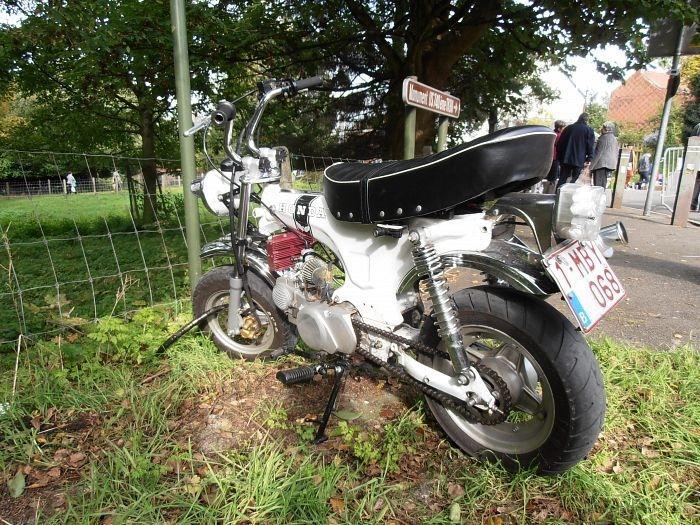