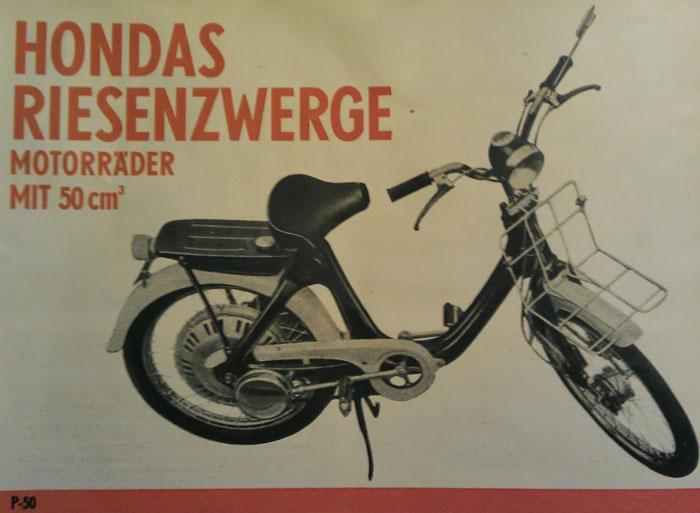 With an annual production of just under 1.5 million motorcycles Honda holds about two-thirds of the Japanese production of motorized two-wheelers and produces about twice as much of these vehicles than are being built per year in Italy. Of course these are not all meduim or even large machines, as for instance the attractive Honda CB750 (see "Illustrierter Motorsport" 3/1970). Rather, the majority of them are the 50cc types. Out of the currently manufactured range of about 25 models, the machines with 1/20th of a liter displacement are well represented with 10 models. Here is a brief overview:

Even the smallest Honda models have an air-cooled 49cm³ single-cylinder four-stroke engine with alloy housing and overhead valves - sometimes even with overhead camshaft - in conjunction with a Keihin carburetor. They have different compression ratios and span a power range from 0.8 to 5.2 hp (DIN) and run - except for the Sport models - very quietly. 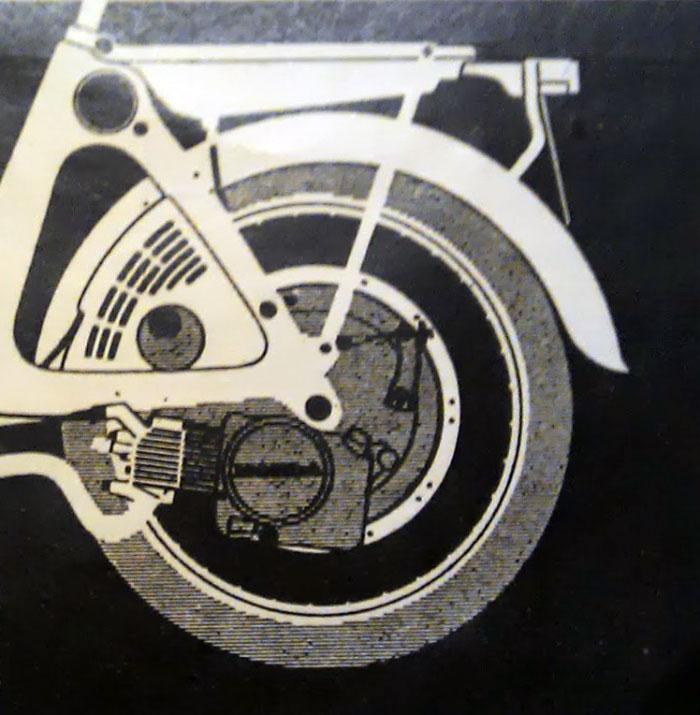 The model series begins with the latest Honda P50 moped, called Little Honda. The engine sits deep beside the rear wheel, has magneto ignition and makes 0.8 hp at 3500 rev / min. A reduction gear without gear shifing option is driven by the centrifugal clutch, so that uphill driving is accordingly slow. It might even get so sluggish that pedalling is required depending on the circumstances. The frame is made out of pressed steel halfs. Only the export model has a the front wheel suspension. The 23 "wheels - front width 2.00, rear width 2.25 - have drum brakes. A light rack is mounted over the tank on top of the rear wheel, forming a structural unit. The actual luggage and bag holder is located on the less loaded front wheel. The speedometer in the lamp housing is needed in most countries so as not to exceed the legal speed limit of 25 km / h. 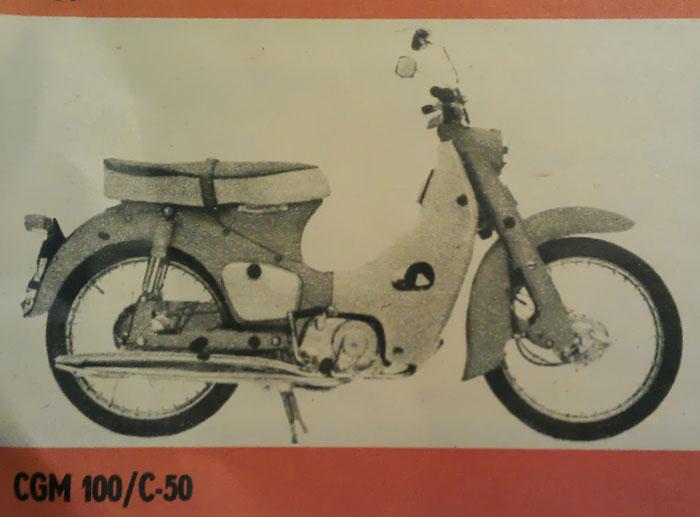 The Honda PC50 is a single-seater, the Honda PS50 is a two-seater moped - this sporty creation has a buffalo tank mounted between seat and handlebar. The two-seater CGM100 respectively C50 with full fairing is similar to the small Samson "Schwalbe" scooter. All four models have the same pressed steel frame, long rear swingarm (partly suspended, partly unsuspended) with spring suspension struts, short front swingarm or telescopic fork and an exhaust muffler in common. The fenders vary in dimensions. The horizontal engine has an automatic clutch and usually a three-speed gearbox, which is operated by foot on the moped models (see technical data). 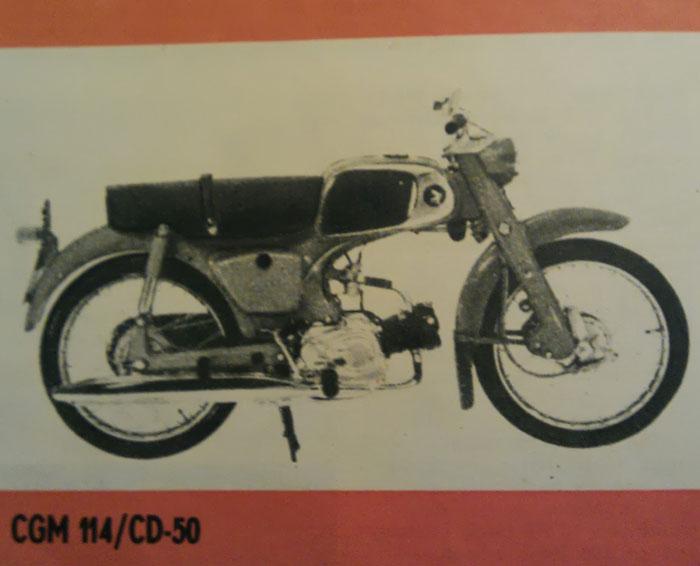 The types Honda CGM114 resp. Honda CD50 have a motorcycle design. Here the backbone type frame carries a buffalo tank. The suspension is derived from the above models, but is reinforced and also the front forks have hydraulic damping. The alloy wheels are fitted with wider tires only on some models, especially the faster versions. The seat is more comfortable. Given the mass-production nature of these models, there is ample model variation. For technical data see table. The sportive Honda SS50 range comprises models SS50M (with buffalo tank and high exhaust pipe), SS50 Super Sport (with arrow tank) and SS50 de luxe (featuring a racing tank and high exhaust pipe). The construction details can be seen from the images, the technical data provide further information. A treat in itself is of course the sport engine with chain-driven overhead camshaft and valves. Allegedly it is is derived from the 1965 World Cup engine - which seems quite plausible in view of the torque curve. The engine power is transmitted via a five-speed gearbox with foot control. 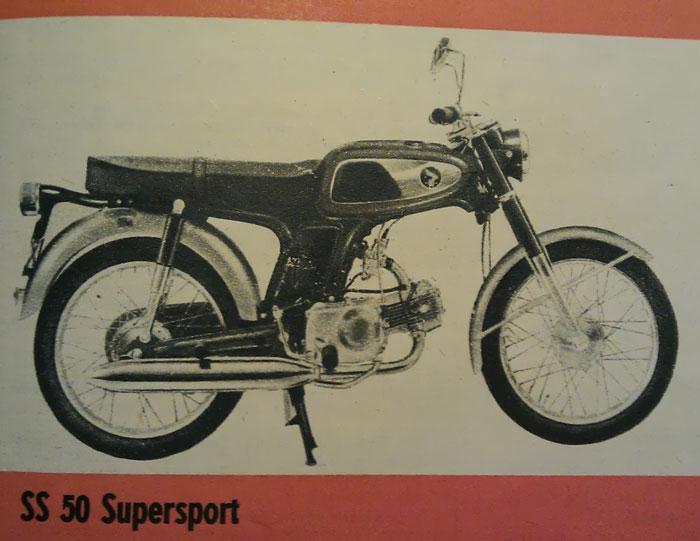 Notable in this series are the clear speedometer and the standard tachometer. The latter is a very important feature, because as you can see full engine power only becomes available at higher revs. Whether the chain drive is fully enclosed or not depends primarily on the product's destiation country.

Regarding performance most two-wheeler users know what you can do with 2, 3 or 5 HP. Whether those HP come from Japan and Honda or somwhere else, should not make a difference - or does it! Due to the high engine rev of the sport engines, much more gearshifting is required than with the more flexible European engines. This observation seems to be especially relevant in comparison with the Samson engines. The resilience and comparatively low fuel consumption of the small Honda 50cc engines however is noteworthy. But savings in comparison to a two-stroke engine are most likely voided by the costs of repairs of such a "movement". Nevertheless, one can enthuse about the displacement output power of over 100 HP / liter, especially since it originates from a four-stroke engine. 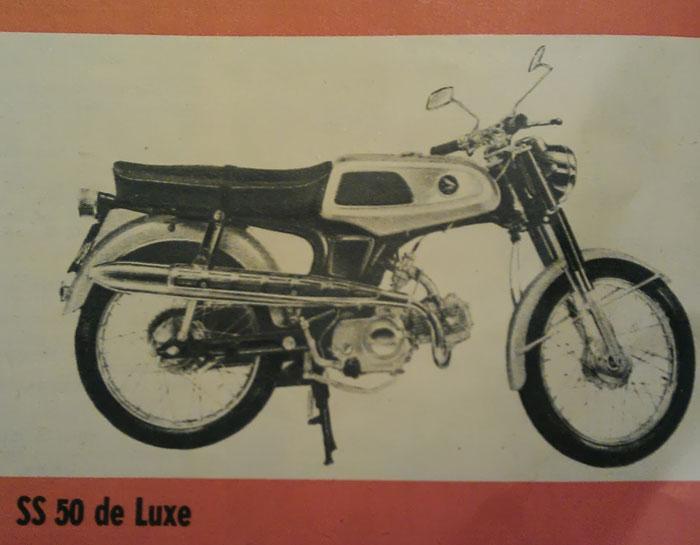