Spring is in the air!

So why not leave your clothes at home but a cape and hop on your Zoomer?! Just check your local laws first, eh? 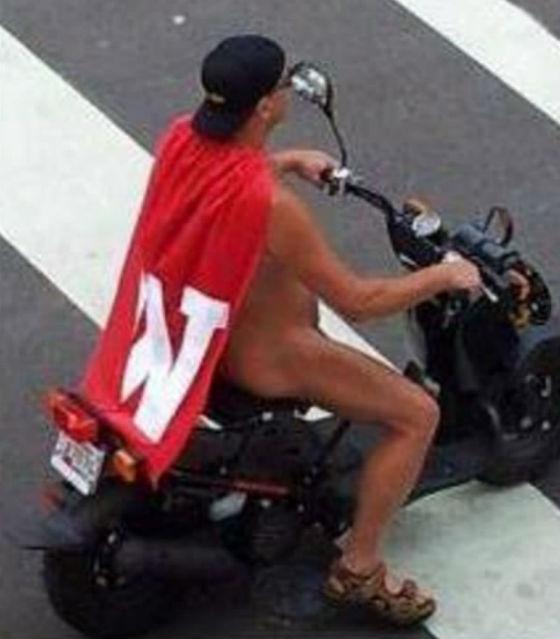 Scott also like to drive around without a thong.

Minneapolis has Scott Seekins. Madison has "Thong Cape Scooter Man." In sum, score another victory for the City of Lakes.

Thong Cape is a 56-year-old man who has become well known in Madison for riding his scooter around town wearing a thong, a cape (emblazoned with University of Wisconsin colors), something on his head... and nothing else. And he creeped the hell out of people by riding past John F. Kennedy Elementary School on May 16. But in a news release, Madison police say Thong Cape, who hasn't been identified by name, didn't break any laws.

According to the Wisconsin State Journal, a police sergeant swung by Thong Cape's home to have a brief talk with him after school officials called police about his ride-by.