This picture shows a man, smoking a cigarette and riding a OHC Honda PC50. That is clear, but I also want to tell you how I found this picture and what kind of information I gathered from it. 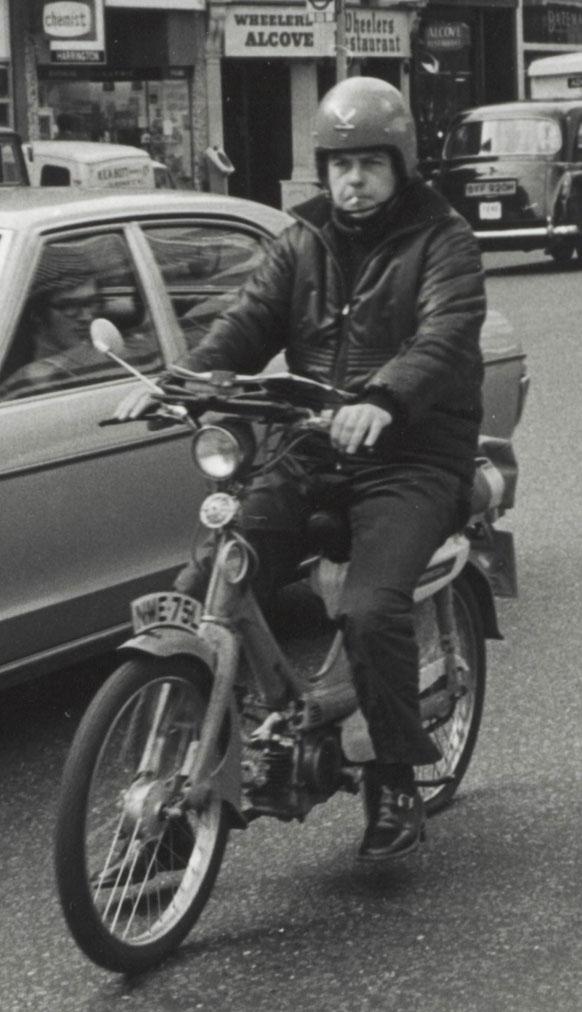 The photo below is the original image that I found in a database and it was sheer luck that i found the Honda in it. Initially, this photo was taken to show off the electric car that you see on the right. It's funny how the brand name is Cock ( you know why D: ) and then driven in London. But, according to the Automobile Manufacturers Worldwide Registry, it is a Dutch brand that made petrol and electric driven cars! The full name is Cock B.V. Assen (The Netherlands) 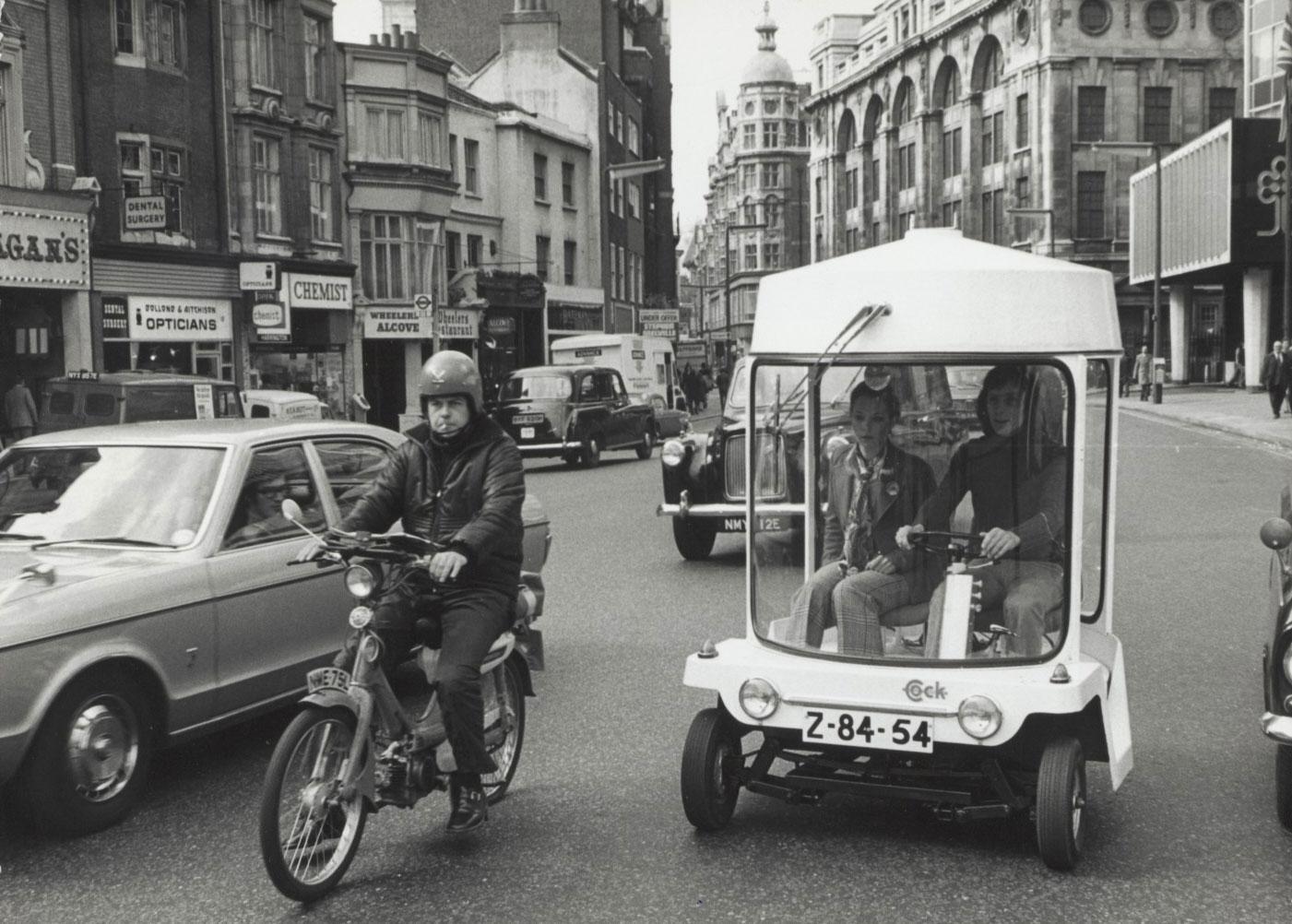 Then how do I know where this photo is taken? Well, eventough businesses come and go, bars and restaurants usually last a little longer than retail shops, so I went on a search for "Wheelers Alcove Restaurant" which sign you can spot right above the Honda rider's helmet. And what do you know, it still exists! The restaurant is at 17 Kensington High Street and now we know where this photo has been taken!

So how can I tell when the picture has been taken? Well since it has not been mentioned in the database, it will remain a guess. However, if we look at the electric car again and then in the database, we can read that this brand was active from 1950 until its bankrupcy in 1974. So late 60's?

So yes, it is pretty fun to explore databases and extract data from photos! If you have a photo or document that you want to share with is, send it though this form please!

I established that the latest year would be 1974 since the brand of these electric cars went bankrupt in that year. But guess what, I found this particular car on a photo made in 1972. They were named "Witkarren". So hmm, is the photo in London taken in the early 70's then? 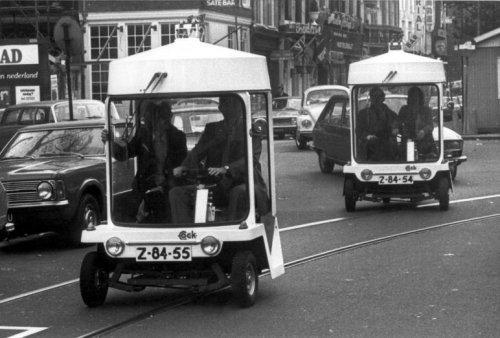